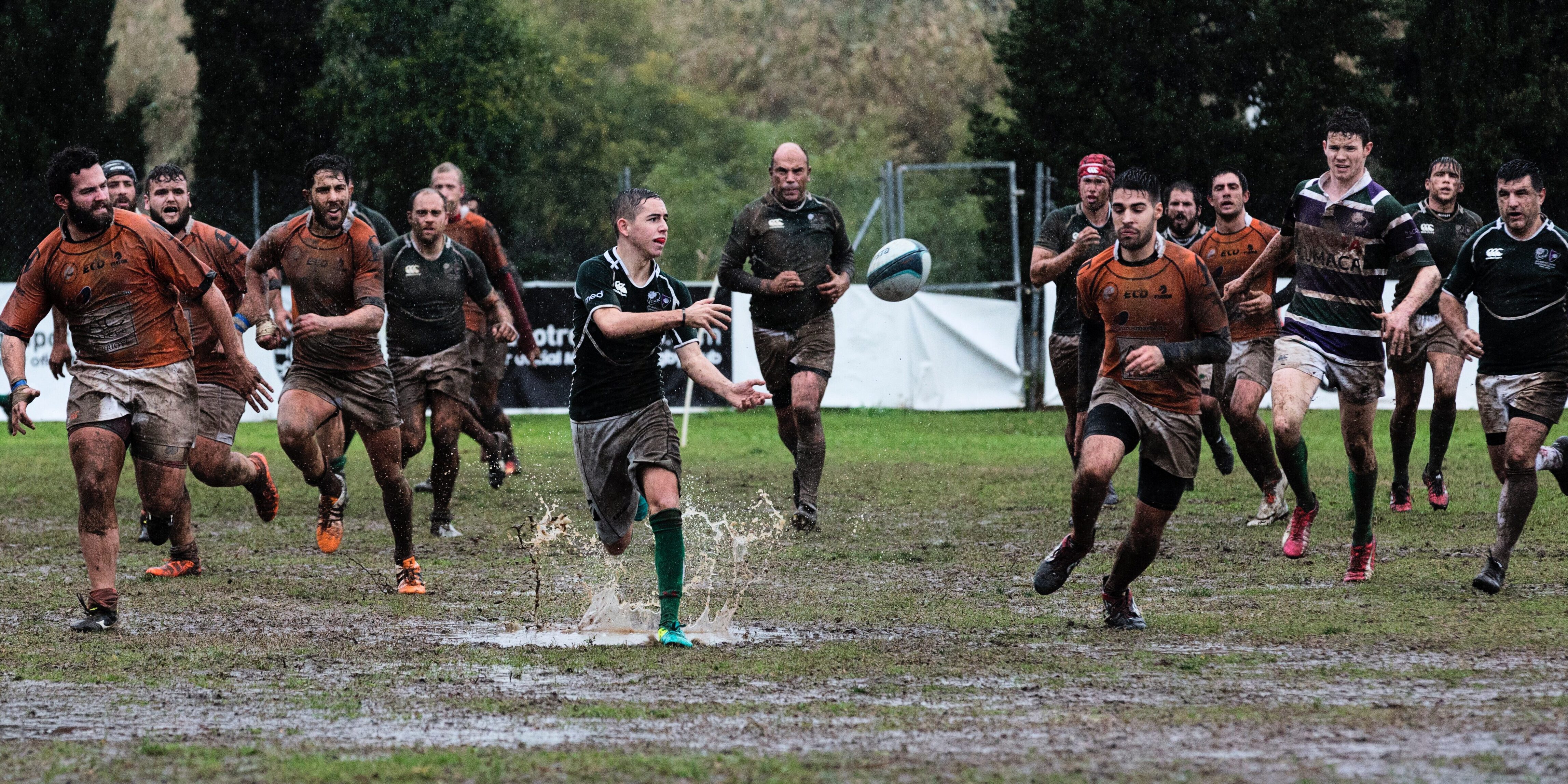 “Tempo runs” were popularized by the famous sprint coach Charlie Francis who used this training method to condition his sprinters.

This method was taken over and adapted to rugby union successfully by rugby strength coach Keir Wenham-Flatt during his contract with the Pumas of Argentina before the 2007 World Cup.

The tempo method allows you to stay in an aerobic environment while maintaining a higher running speed than that produced by the usual MAS protocols. One of the primary goals is to stay fluid, rhythmic and relaxed during all runs to improve efficiency and running technique.

Another advantage of this protocol is that it can be setup on a rugby field with a large squad (1-3 teams) and with very little equipment (whistle).

An interval consists of a running portion (70% effort) followed by active rest (walking) and passive rest (standing). Each interval starts on the try line and ends on the opposite try line.

A whistle marks the beginning of each interval.

Length Of Each Interval

An interval lasts between 60 and 75 seconds. The duration of an interval is determined by the progression phase in which we find ourselves.

The distance traveled during each interval is determined by (1) the group to which the player belongs and (2) the progression phase in which we find ourselves.

For example, a prop in phase 1 runs 40 meters and then walks to the opposing try line where he will wait for the next whistle (see diagram).

A winger in phase 2 will run from one try line to the other and rest on the spot for the remainder of the interval.

Each tempo run session consists of 12 to 24 intervals in total. The intervals are divided into 3 blocks separated by 3 minutes of rest each.

The protocol consists of a 3 phase progression

Phase 1: Is used to accumulate running volume. The number of intervals increases each session. Progression from 4 + 4 + 4 intervals up to 8 + 8 + 8 intervals with each interval lasting 75 seconds.

Phase 2: Is focused on the intensification of the effort. This involves a reduction in rest times AND an increase in running distances compared to phase 1 (see diagram above). Progression from 8 + 8 + 8 on a 75 second clock to 8 + 8 + 8 on a 60 second clock.

Phase 3: Is the implementation phase with the inclusion of game-specific components (shuttles, down-ups, wrestling, tackling) in addition to an increase in running distance. 8 + 8 + 8 on a 60 second clock is maintained.

Rep 1: on the whistle, run 40 meters (70% effort), then walk to the opposite try line. Rest until the next interval begins.

Rep 2 (starts 75 seconds after the start of rep 1): Run 40 meters (70% effort), then walk to the opposite try line. Rest until the next interval begins.

Rep 3 (starts 75 seconds after the start of rep 2): Run 40 meters (70% effort), then walk to the opposite try line. Rest until the next interval begins.

Rep 4 (starts 75 seconds after the start of rep 3): Run 40 meters (70% effort), then walk to the opposite try line. Rest until the next interval begins.

This protocol can be conducted on 4 or 12 weeks simply by adjusting the speed of progression during each phase.

If you are interested in learning more about another framework for rugby tempos, you can check out the video linked below:

As with any physical conditioning protocol, it is important to conduct a test before and after training to measure progress.

Since the purpose of this conditioning protocol is to improve the cardiopulmonary capacity of the athlete, the choice of the test remains open. The most popular options in the world of rugby are the 1/2 Cooper, the Yo-Yo test, or the Bronco test.

In spite of its undeniable importance, conditioning work represents only a portion of physical preparation that is necessary for the rugby player. It is important to also incorporate work of speed, agility, explosiveness, power, strength, etc …

Sean is a personal trainer, strength and conditioning coach and a fitness consultant with over half a decade of experience in the fitness industry. Sean is based in Nyon, Switzerland where he offers private training services as well as individualized remote coaching services through his company Upside Strength. Sean has competed in many sports over the years including Rugby, Olympic Weightlifting and Erging (indoor rowing).